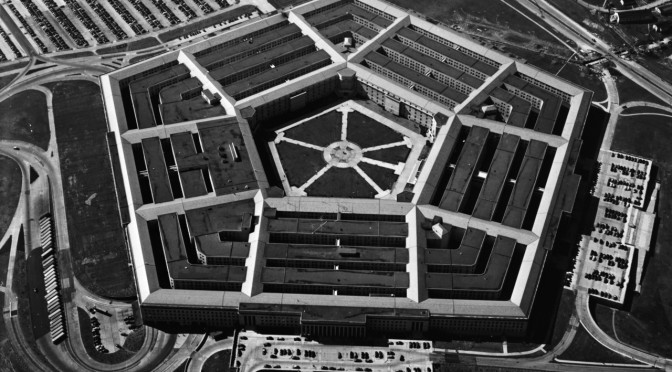 Happy Holidays gang. Lets begin this weeks report with more news on the increasing number of sudden, high-profile resignations which seem to correlate to this quiet war we find ourselves in. Perhaps the most notable recent activity has taken place at the Pentagon, where the resignation of Ambassador Tina Kaidanow marks the fifth high-level official at the Defense Department to either exit or announce plans to leave the Pentagon within the last couple weeks.

“On Dec. 12, it was announced that Randall Schriver, the Pentagon’s top Asia policy official, would be leaving shortly. One day later, on Dec. 13, Jimmy Stewart, who served as the acting undersecretary of defense for personnel and readiness since October 2018, announced his retirement from federal service. And on Tuesday, Defense News reported that Steven Walker, who served as the 21st head of the Defense Advanced Research Projects Agency, will leave the position on Jan. 10 for an industry job. And earlier today the department confirmed that Kari Bingen, principal deputy undersecretary of defense for intelligence, will also resign as of Jan. 10.”

Other notable resignations this week included: Luigi Ventura, the Vatican’s Ambassador to France who has resigned amid allegations of molestation, Steve Louden, CFO at Roku Inc USA, and Steven Walker has stepped down as Director of DARPA (As always, you can keep track yourself HERE).

In financial news, former Rockefeller henchman Henry Kissinger met with Xi Jinping in November and proceeded to proclaim, along with the IMF, that Trump needs to make a deal with China stat. There’s been a great effort to make it seem as if the entire global economic system is slowing because of tariffs and the trade war with China, but the truth is that the fiat central banking system has run its course and is beginning its death rattle.

In related news, there’s a growing market consensus that it will be impossible to keep the current U.S. stock market bubble going much longer. Mainstream publications like The Wall Street Journal are now saying that corporations are cooking their books to make profits look bigger than they are, which is a pretty solid indicator that the end is near.

The Central Banking establishment and company are traditionally not fans of reporters, cameras, or transparency, but would much prefer to stay behind the curtains. Hollywood and the mainstream want people to think that the richest individuals are folks like Oprah or Bezos or Bill Gates, but the fortunes of these individuals pale in comparison to the off-the-books wealth of dynastic banking families and other criminal enterprises. You never hear about the people who have steered global finance for centuries, and it certainly would seem that this is by design.

It’s easy to talk about the impending economic collapse in a sort of “Doom and Gloom” fashion, but it will most likely be a catalyst for tremendous cultural growth worldwide. Many of our readers have likely heard whispers of an economic reset or a “one time jubilee” of all debt, it’s actually something many of us have been hearing from alternative sources for the last few years but is now becoming a mainstream discussion.

In BREXIT news, Boris Johnson is making moves to push legislation and has also called for an urgent Electoral Commission probe into none other than George Soros’ Open Society Foundation after putting money towards a campaign to block BREXIT at the ballot box. We’ll just have to wait and see what happens.

On to the Machiavellian madness of the modern day. It may sound cruel, but might not be too off the mark, to say that individuals who hang on the words of their preferred media conglomerates for their daily dose of confirmation bias are essentially similar to children who still think professional wrestling is real and unscripted. We are likely all guilty of this STILL with our attachments to individuals in the alternative media, so we try to cover a spectrum of alternative opinions that are not always in agreement. The highly polarized, partisan news outfits, whichever side you find yourself on, would like to make you think that you are the good guys and the other side are the baddies. This of course isn’t true, and the fact so many grown folks carry out their lives in this fashion could be seen as a testament to our lack of growth as a society. Is this lack of growth natural or by design?

Let’s consider what people of note have historically said about the true power in Washington.

In a letter, dated November 23rd, 1933, the newly elected President Franklin D. Roosevelt wrote to Woodrow Wilson’s top adviser, Colonel Edward House, “The real truth of the matter is , as you and I know, that a financial element in the large centers has owned the government since the days of Andrew Jackson.” Roosevelt himself was closely connected to many prominent members of the secret societies of his day, and once remarked, “In politics, nothing happens by accident. If it happens, you can bet it was planned that way.” Roosevelt’s son Elliot once wrote “There are within our world perhaps a dozen organizations which shape the courses of our various destinies as rigidly as the regularly constituted governments.”

I’ve chosen to include these preceding paragraphs so that folks might consider that a shadow government or “Deep State” is not some new thing (See our article on the History of Conspiratorial Powers). The system has been rigged for a long, long time, and there was NEVER a moment where these conditions ceased to be. Currently the strategy seems to be Divide and Conquer, and the artillery used are things like race, gender, political affiliation, and sexual orientation.

Last week Obama said in an interview “While women have their flaws they are better than us Men” he went on to argue that “Older men in power are largely responsible for many of the world’s most pressing problems… I’m absolutely confident that for two years, if every nation on earth was run by women you would see a significant improvement across the board…”. So let’s pick this apart. Honestly, I might’ve naively agreed with this blanket statement if it felt more sincere and less like a buttering up of the public for Michelle Obama (possibly Hillary) to slide into the race for presidency. Keep in mind that Obama has yet to endorse a candidate.

In the event that either of them wins the election, it wouldn’t be a victory for women so much as a victory for the Central Bank, for the CIA, for Hollywood, and for the cluster of corporations and criminal factions that have maintained a death grip on DC for generations. Obama may be right, maybe if the nations of the world were run by women we would see improvement across the board, but not women who are just puppets to the true patriarchy.

We’ll leave off with what sounds like a pretty positive morsel of hearsay from last weeks Fulford Report: “A meeting is being arranged, possibly for mid-January, between the British Commonwealth, the P2 Freemasons, the Pentagon, and Asian secret societies to discuss the establishment of a World Planning Agency with an annual budget of $1 trillion.  The establishment of this agency, a jubilee, disclosure of the secret space program, and a financial reset are going to be discussed at this meeting, which P2, British, and Asian sources all agree about. “