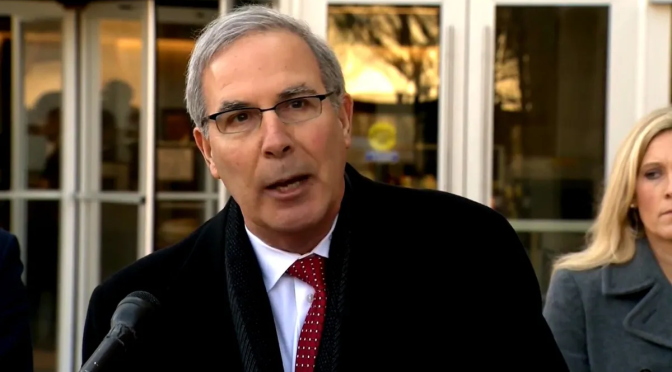 David Weiss, a Trump-appointed U.S. prosecutor is currently weighing whether there is enough evidence to seek a federal grand jury indictment against Hunter Biden.

Trump-appointed U.S. prosecutor David Weiss has been weighing whether there is sufficient evidence to indict Hunter Biden in relation to potential tax fraud, money laundering, and the violation of lobbying laws, according to CBS News.

Weiss, a twenty-year federal prosecutor, will have to determine if there is enough evidence to seek a federal grand jury indictment against Hunter Biden in an investigation that may end up including other members of the Biden family, such as Joe Biden’s brother James Biden, and potentially the president himself.

Weiss was endorsed by Democrat senators Tom Carper and Chris Coons — and is one of the only Trump-appointed U.S. Attorneys that are still in place since Biden took office.

Then-President Donald Trump appointed Weiss to be U.S. Attorney in Delaware in 2018. He had been acting head of the office at the time and received the endorsements of Delaware’s U.S. Senators Tom Carper and Chris Coons, both Democrats.

Biden elected to keep Weiss in the position — one of the only Trump-appointed U.S. Attorneys to remain — because he understood the political risk of removing the prosecutor in the midst of an ongoing investigation into Hunter Biden. Hunter Biden’s attorney has not responded to requests for comment.

Weiss is the same prosecutor who put the Hunter investigation on pause in 2020.

The top federal prosecutor in Delaware decided to pause a criminal investigation of Hunter Biden months before the 2020 election to prevent the public from learning about it, according to a report.

US Attorney David Weiss, appointed by former President Donald Trump, decided not to seek search warrants or issue grand jury subpoenas so as not to “alert the public to the existence of the case in the middle of a presidential election,” Politico reports.

The prosecutor’s office reportedly was torn over whether to continue its probe or pause it due to the election, and Weiss, who remains in his job leading the case, sided with those who wanted to wait.

Will Weiss do the right thing this time?