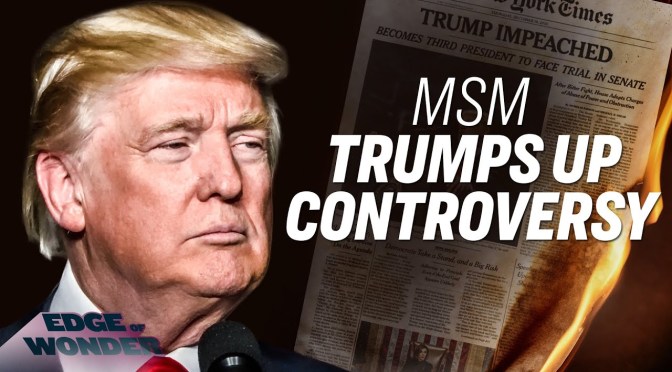 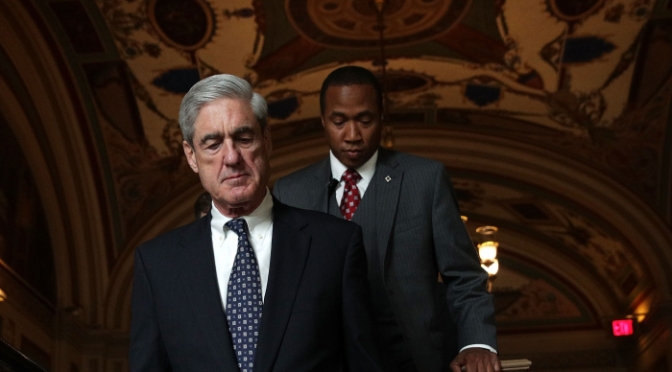 The public was lied to for close to two years by legacy news outlets and public figures with claims there was “evidence” that the Trump administration colluded with Russia. Contrary to their claims, the Mueller report showed there was no evidence that Trump colluded with Russia. The report showed that all those rumors of evidence, all those anonymous sources, all of it was lies.

What’s important to remember is that for these outlets and public figures, facts don’t matter. What matters is how they can twist the facts to keep the public misled and distracted in order to keep their false narratives alive.

During an April 23 White House press briefing, a CNBC reporter asked whether or not Trump is “going to accept Russian help in the 2020 election?”

White House deputy press secretary Hogan Gidley responded, saying “I don’t understand the question … he’s already denounced multiple times Russian involvement.” He noted the Mueller report shows Russian attempts to interfere were known since 2014, and “Barack Obama did nothing … We now know why. He thought Hillary Clinton would, in fact, win the election.”

Questions such as whether or not Trump would “accept Russian help” in the upcoming elections build on the false narrative these legacy outlets have been pushing. They perpetuate false narratives by keeping them alive in the public consciousness.

Yet, by posing a question in a way that assumes something took place, it forced the press secretary to provide comments these outlets could use for new headlines.

Hillary Clinton pulled a similar move the same day, and stated on April 23 her opinion on Trump in the Mueller report that “any other person who had engaged in those acts would certainly have been indicted.”

Keep in mind, that’s the same Hillary Clinton who was let off on the investigations into her use of a private email server to handle classified information. The DOJ under Obama’s Attorney General Loretta Lynch had set an unusually high threshold for prosecuting Clinton, effectively ensuring from the outset that she would not be charged.

Meanwhile, Rep. Jerrold Nadler (D-N.Y.), who serves as chairman of the House Judiciary Committee, is being accused by ranking member Rep. Doug Collins (R-Ga.) of misleading the public on the Mueller report by falsely claiming that the special counsel intended for Congress to decide whether Trump obstructed justice.

An open letter to Nadler points to the specific questions in the Mueller report, and notes: “The passages are not, in fact, an invitation for Congress to pick up where the Report left off. As you are certainly aware, the legislative branch writes the laws and the executive branch enforces them.”

After providing additional evidence and quotes from Nadler, it states, “Your deliberate misrepresentations to the American public threaten the fundamental separation-of-power doctrine, are dangerous, and need to stop.”

The legacy news outlets, driven to maintain the warped perceptions formed by these narratives, will latch onto any incident they can find. The more controversy they can stir up, the more chaotic of a picture they can create—regardless of facts—the more agitated the public becomes, and the less likely they’ll reflect on the information rationally.

We saw this recently when Rep. Ilhan Omar (D-Minn.) downplayed the Sept. 11, 2001, terrorist attacks saying that “some people did something.” Trump posted a video on Twitter that showed Omar making her comments alongside footage of the 9/11 attacks. The legacy media reacted by defending Omar and by criticizing Trump of “racism” and “hate.”

Regardless of facts, incidents like these are meant to serve a purpose. The narrative is meant to control public perception and lead it to partisan conclusions, and this can’t work without double standards and half truths.

With this type of reporting, the idea is to give the public an inaccurate picture of events for the sake of “perception management.”

Another focus of these tactics is to create a crisis on the ground and in the public consciousness that public leaders can respond to with legislation.

When Michael Wolff wrote his book “Fire and Fury” that attempted to frame the Trump administration as being chaotic, he admitted in his prologue that some sources lied to him, some sources contradicted others, and he used these to settle on “a version of events I believe to be true.”

As Law & Crime noted, Wolff was “accused of including fiction in what’s presented as a non-fiction book, and he admits that not all of his sources were trustworthy, but he doesn’t specify what’s fact true and what’s false.”

Even though it was a piece of fiction, framed as nonfiction, it was used by legacy news outlets and by politicians to frame a new talking point that Trump was “mentally unfit” for office. This led to headlines such as one from The Atlantic on Jan. 12, 2018, “The Psychiatrist Telling Congress Trump Could Be Involuntarily Committed: A Yale professor says she’s telling lawmakers that the president may actually be ‘dangerous.’”

Democrat leaders used this crisis to introduce the “Stable Genius Act” to make Trump take a psychological evaluation. This served the purpose of perpetuating the illusion of chaos and instability; yet quickly backfired when Trump did take a mental evaluation that concluded he was both mentally stable and intelligent—reinforcing his “stable genius” line.

And at the end of the day, Trump has shown a strong ability both to endure and deflect these tactics, expose lies as they occur, not fold or retreat when attacked, point out the double standards, and not hesitate to laugh at the ridiculousness of the claims.

Views expressed in this article are the opinions of the author and do not necessarily reflect the views of The Epoch Times or the Underground News Wire.

Joshua Philipp is an award-winning investigative reporter and a senior editor at The Epoch Times. He is a recognized expert on unrestricted warfare, asymmetrical hybrid warfare, subversion, and historical perspectives on today’s issues. His 10-plus years of research and investigations on the Chinese Communist Party, subversion, and related topics gives him unique insight into the global threat and political landscape.