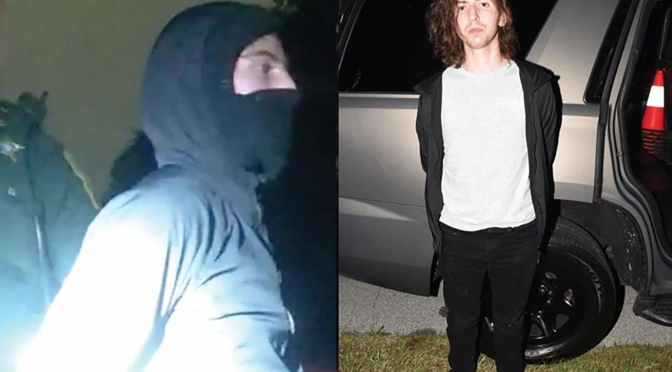 A young Antifa member with a pipe bomb was arrested this past January 6th at a political rally down in Florida. The suspect, Garrett James Smith, was spotted running away before he was apprehended by police and caught with a backpack containing a pipe bomb, a gas mask, pepper spray, smoke rockets, and flammable rags.

He also carried a “Direct Action” Checklist (photos provided below). Smith said he was there to counter-protest a rally organized by Trump Supporters outside of Pinellas County Jail to demand the release of Political Prisoner Jeremy Brown, who remains in jail with no bail in Florida. Brown is a decorated U.S. Army special forces soldier.

According to local Sheriff Bob Gualtieri, officers chased Smith — who “stuck out” dressed all in black, including a ski mask — when he suddenly sprinted away from the rally. Antifa man Garrett Smith in all black and a ski mask at a rally. He was caught with a bomb, apprehended, and arrested. His bond is set at 300k.

According to Gualtieri, officers found a homemade pipe bomb in his backpack, which “had the potential to be very harmful,” the sheriff warned.

“It could have been very destructive, and he could have hurt a lot of people,” Gualtieri said, adding that he was certain Smith was “prepared” to set off the bomb before he was spooked and fled.

Explosives and bombs were found in the possession of Garrett Smith.

Additionally, the suspect had until several months ago been based in Portland, Oregon- a city that’s name has now become synonymous with violent riots and the left-wing militant group. Smith is being held on a $300,250 bond. He was charged with three counts of possession or discharge of a destructive device and one count of loitering and prowling. Contrast this with the treatment of January 6th political prisoners, who continue to suffer in prison with no bail on 22 hour a day lockdown- many of the accused of non-violent crimes like loitering and disorderly conduct.

“We’re fortunate in this situation that something caused Smith to flee before he ignited the explosive device and the deputies were able to apprehend him,” Gualtieri said.

*Sadly, there has as of yet been no coverage of this dangerous bomb scare by a left leaning media or centrist media organization. The New York Post and Fox News has reported it- but if you do a Google Search CNN, MSNBC and all the others have not reported on this at all. (Yet they couldn’t stop their incessant phony coverage on the January 6th anniversary of the “terrorist” Trump Supporters (not a single one accused of carrying a bomb or even a gun on January 6th).

No More “Equal Justice Under Law?”

These sacred words are inscribed on the front of the U.S. Supreme Court Building and taken directly from the 14th Amendment to the U.S. Constitution- which states that no state shall “deny to any person within its jurisdiction the equal protection of the laws.”

So why does the United States government continue to politically persecute Trump Supporters who participated in January 6th and continue to let Antifa defendants back on the loose for more serious crimes?

The above case of Smith is just one example of the government and Justice Department treating Antifa more favorably while continuing to persecute Trump supporters from January 6th in ways that many have compared to treatment of political prisoners in Communist China or Russia. 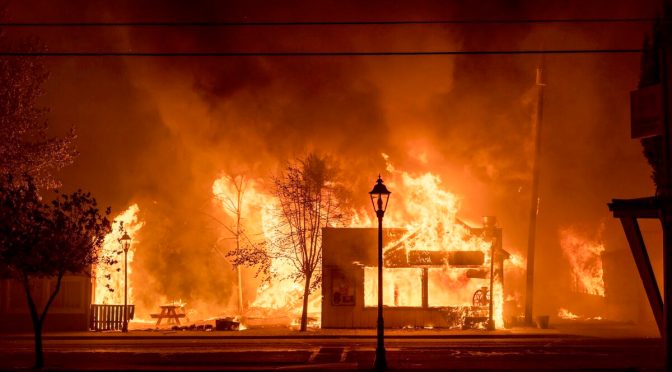 Rumors that members of the far-left Antifa network are behind the spate of wildfires in Oregon are not substantiated, law enforcement officials warned this week.

While a number of people have been arrested for arson in recent days, none appear to have explicit ties to the network.

Douglas County Sheriff’s Office officials wrote on Facebook that 911 dispatchers were “being overrun with requests for information and inquiries on an UNTRUE rumor that 6 Antifa members have been arrested for setting fires” in the county.

The Molalla Police Department, while asking people to report any suspicious activity because of rumors about people looting while fires raged, later edited its post, telling people: “This is about possible looters, not antifa or setting of fires. There has been NO antifa in town.”

And the Medford Police Department posted a screenshot of a story that claimed police arrested a man for arson.

“This is a made up graphic and story. We did not arrest this person for arson, nor anyone affiliated with Antifa or ‘Proud Boys’ as we’ve heard throughout the day. Also, no confirmed gatherings of Antifa which has also been reported,” the department stated on social media.

Antifa members have repeatedly set fires in Portland this summer.

Some individuals have been arrested this month for arson or with incendiary devices in Oregon, California, Washington state.

Detectives took a 27-year-old man into custody in Madera County, California on Thursday because he possessed illegal firearms, drugs, and bomb-making materials.

Christine Comello, 36, was arrested in Spokane, Washington on Monday on suspicion of setting fires.

And two men were apprehended in Puyallup and Parkland, Washington trying to ignite flames, state troopers said. Jeffrey Acord, one of the men, said he called police after a fire started near him during a live stream on Facebook.

“I’m out here on 167 right now it looks like a fire literally just started,” Acord said in the video.

“Ultimately it was determined is that they had probable cause to believe that gentleman had started that fire,” Puyallup Police Capt. Jason Visnaw told King 5.

Acord was arrested during unrest in Ferguson, Missouri, in 2014 for possession of a concealed weapon and other charges. According to his Facebook page, he is a Black Lives Matter supporter.

Humans are believed to be behind several fires that burned through over 2,000 acres in Lincoln County as well as flames that destroyed some 600 houses in Almeda County.

O’Meara told The Oregonian that rumors regarding Antifa were “100 percent false.”

“We have some leads, and none of it points in that direction,” he added.Follow Zachary on Twitter: @zackstieber 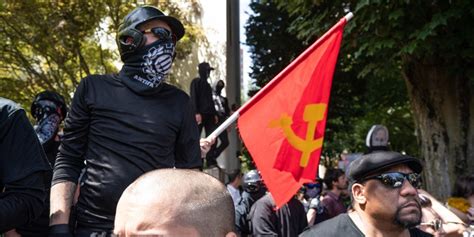 Violent rioters allegedly beat a man in Portland last night, kicking and punching him in the head, after he reportedly defended someone that had been attacked.

The man then appeared to attempt to flee the situation in his truck and later ended up crashing into a building, at which point he was violently attacked by what independent journalists have identified as Antifa and Black Lives Matter activists. During the attack he was kicked in the head from behind, which instantly knocked him out. Some of the witnesses attempted to move him.

“A crowd is gathered around the unconscious victim’s body; some are pouring water on his head,” journalist Kalen D’Almeida tweeted. “Others can be heard arguing and establishing BLM responsibility for the attack.”

Journalist Drew Hernandez tweeted out videos from the incident that showed everything leading up the attack.

“Here is what took place before the man crashed his car into a tree here in Downtown Portland,” Hernandez tweeted. “BLM thugs began to harass and physically assault him and his female partner in the street for defending someone they robbed He then began to drive away to evade them.”

Hernandez also tweeted out a video of the truck crashing into a building, writing: “Here are the moments shortly after the man crashes due to BLM harassment and before they knock him out in Portland.”

“At 10:27p.m., Central Precinct officers responded to a report of an injury accident at Southwest Broadway and Southwest Taylor Street,” The Portland Police Department said in a statement. “The report said protesters were chasing the truck before it crashed, and they assaulted the driver after the crash.”

“Officers encounters a hostile crowd and a squad from the Rapid Response Team (RRT) responded to help secure the scene while the investigation was underway,” the statement added. “The driver was transported to the hospital by ambulance with serious injuries. The incident is under investigation and no arrests have been made.”

Last month, Democrat House Judiciary Committee Chairman Jerry Nadler claimed, without evidence, that the violence in Portland was “a myth.”

Hernandez later added a separate tweet, writing: “For the record, this was the extreme rhetoric that was being preached by BLM just hours before they began to take to the streets and violently harass, rob, physically assault people and nearly execute a man.”

The speaker then got louder, saying, “I don’t think y’all hear me, I’m gonna say it one more time. I said that I will continue my mission for justice to hold police accountable for murders and murdering our people by any means necessary.”

“And I’m sure we all know what ‘any means necessary’ is and how it can go,” the speaker added.

Pfizer Made $80B Last Year – but Being Stingy with Property Promised to NYC Charter, Officials Say

50,000 Trucks Heading Toward Ottawa to Demand an End to Covid Mandates