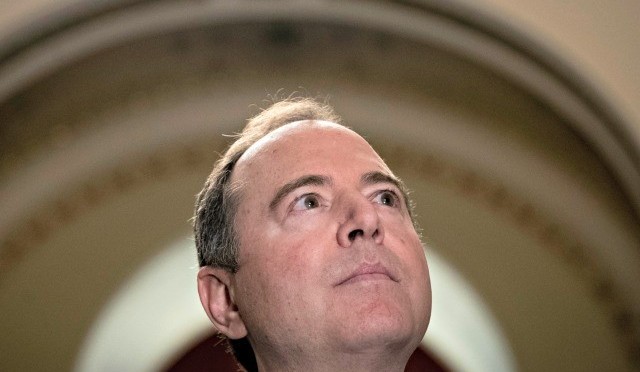 Maddow said, “Do you feel like what we have learned thus far might suggest criminal behavior by members of Congress? I’m thinking specifically about these revelations today in this reporting from CNN that would indicate, in the words of one Republican member of Congress, Marjorie Taylor Greene, that multiple members of Congress believed that Trump should declare martial law just ahead of the inauguration in order to stay in power.”

She asked, “Is their indication, to your mind, in terms of the evidence you have seen, that members of Congress should be facing criminal charges for their involvement?”

Schiff said, “I haven’t reached a conclusion on that point, but I do agree certainly with the judge in California, Judge Carter, that there is compelling evidence that the president of the United States and others engaged with very possible criminal activity to obstruct Congress, to defraud the United States, to engage in conspiracy. I think that there is significant evidence of corrupt intent. Some of the revelations you mentioned go to the fact that White House counsel was telling some of these players like Mark Meadows that this is illegal, this violates the law. ”

He added, “We continue to put the facts together and learn new information every day.”