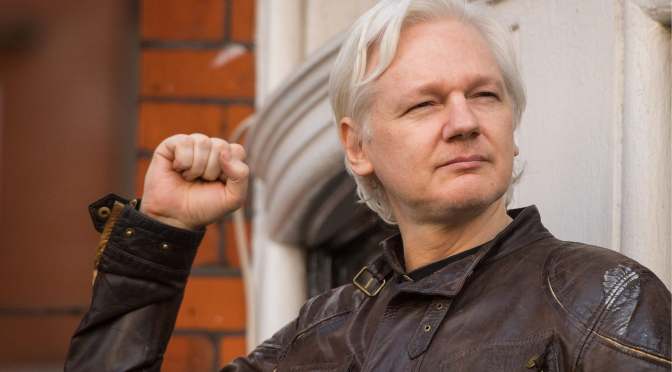 A United Kingdom court on Wednesday issued a formal order to extradite WikiLeaks founder Julian Assange to the United States to stand trial over the publication of national secrets pertaining to the wars in Iraq and Afghanistan.

The final decision now rests in the hands of U.K. Interior Minister Priti Patel. However, Assange’s legal team will still have the opportunity to appeal any decision within 14 days.

Last month, Assange was denied permission to appeal to the U.K. Supreme Court against actions to extradite him to the United States, where a conviction could mean a lifetime prison sentence.

In the U.S., Assange would face trial in connection to the 500,000 secret military files he leaked to the public relating to the actions of the United States in Iraq and Afghanistan.

Early last year, Assange successfully argued that he was a suicide risk who could not be kept in solitary confinement at a maximum security facility in America.

The U.S. government, however, appealed the reprieve and made assurances that Assange would not be held in isolation at a federal supermax facility.

Assange has since unsuccessfully attempted to appeal the most recent ruling, but the British court denied the appeal application on the grounds that it “didn’t raise any arguable point of law.”