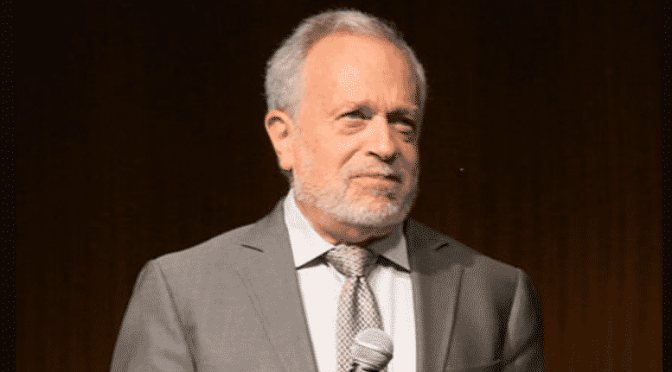 Legal icon Jonathan Turley takes Robert Reich to task on his anti-free speech screed. Reich is a prominent, former member of the Trilateral Commission. An academic, he has floated in and out of government for 45 years and was named by Time magazine as one of the “Ten Best Cabinet Members” of the century in 2008. — Technocracy News & Trends Editor Patrick Wood

We recently discussed the gathering of Democratic politicians and media figures at the University of Chicago to discuss how to better shape news, combat “disinformation,” and reeducate those with conservative views. The political and media elite shared ideas on how to expand censorship and control what people read or viewed in the news. The same figures are now alarmed that Elon Musk could gain greater influence over Twitter and, perish the thought, restore free speech protections to the site. The latest is former labor secretary under President Clinton, Robert Reich, who wrote a perfectly Orwellian column in the Guardian titled “Elon Musk’s vision for the internet is dangerous nonsense.” However, the column offers an insight into the anti-free speech mentality that has taken hold of the Democratic party and the mainstream media.

Musk is an advocate for free speech on the Internet. Like some of us, he is an Internet originalist. That makes him an existential threat for those who have long used “disinformation” as an excuse to silence dissenting views in the media and on social media.

Twitter has gone from denial of seeking to shape speech on the Internet to embracing that function. After the old Twitter CEO Jack Dorsey was criticized for his massive censorship efforts, Twitter replaced him with CEO Parag Agrawal who has expressed chilling anti-free speech sentiments. In an interview with Technology Review editor-in-chief Gideon Lichfield, he was asked how Twitter would balance its efforts to combat misinformation with wanting to “protect free speech as a core value” and to respect the First Amendment.  Agrawal responded;

One of the changes today that we see is speech is easy on the internet. Most people can speak. Where our role is particularly emphasized is who can be heard. The scarce commodity today is attention. There’s a lot of content out there. A lot of tweets out there, not all of it gets attention, some subset of it gets attention.”

He added that Twitter would be “moving towards how we recommend content and … how we direct people’s attention is leading to a healthy public conversation that is most participatory.”

Reich lays that agenda bare in his column while condemning free speech advocates as petty tyrants oppressing people through freedom.

Reich explains that it is not about freedom but tyranny. More free speech means less freedom. It is the type of argument commonly used in China and other authoritarian nations–and an increasing number of American academics and writers. Indeed, his column is reminiscent of the professors who have called for the adoption of the Chinese model for censoring views on the Internet.

In an article published in The Atlantic by Harvard law professor Jack Goldsmith and University of Arizona law professor Andrew Keane Woods called for Chinese-style censorship of the internet, stating that “in the great debate of the past two decades about freedom versus control of the network, China was largely right and the United States was largely wrong.”

Reich tells people not to be lured by freedom of speech: “Musk says he wants to ‘free’ the internet. But what he really aims to do is make it even less accountable than it is now.” What Reich refers to as “accountability” is being accountable to those like himself who can filter out views and writings that are deemed harmful for readers.

Reich insists that censorship of views like former President Donald Trump are “necessary to protect American democracy.” Get it? Less freedom is more freedom.