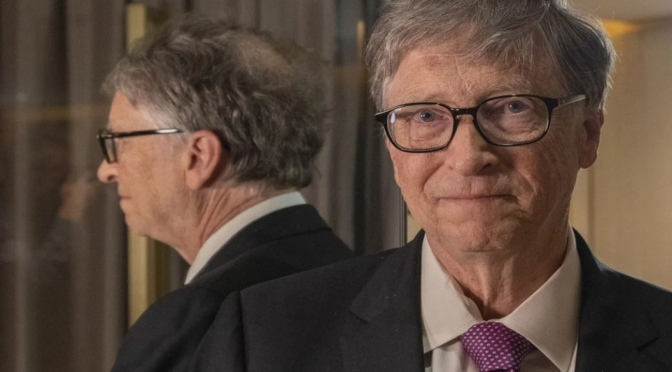 Thousands of outraged freedom activists surrounded the Vancouver Trade & Convention Center in Canada on Sunday demanding the arrest of Bill Gates ahead of the globalist billionaire’s keynote appearance at TED Talk where he has previously outlined plans for depopulation through the vaccines.

Opponents of COVID-19 mandates have been mobilizing for weeks to publicly shame the billionaire magnate who has religiously promoted experimental gene modification injections that have taken millions of lives around the globe and left others critically injured.

Chris Sky, an ardent freedom activist who has been arrested multiple times while protesting vaccine mandates in Canada, led the massive crowd of protesters to peacefully march to the front door of the convention center.

“They put up all these barricades and they tried to ostracize us into this little corner here,” Sky warned. “And it makes perfect sense. They’re all about optics. They want to be able to show the world that this TED Talk happened and it had the full support of the city of Vancouver and the people of Vancouver so then it looks like the agendas on the TED Talk also have the support of everyone in Vancouver. So I want to propose a little something to screw with their optics. I want to do a quick march to the front door of the convention center.”

“According to various Facebook posts, convoys have been organized from Vancouver Island, the Okanagan, and possibly even Alberta,” Straigt.com reports.

Gates is hellbent on “modifying our DNA,” a demonstrator cautioned during a speech at the “Super Protest,” but, “He is not our God. He is not a doctor. It’s not a pandemic, it’s a pandemic. He’s not elected but he thinks he is more important than the government itself.”