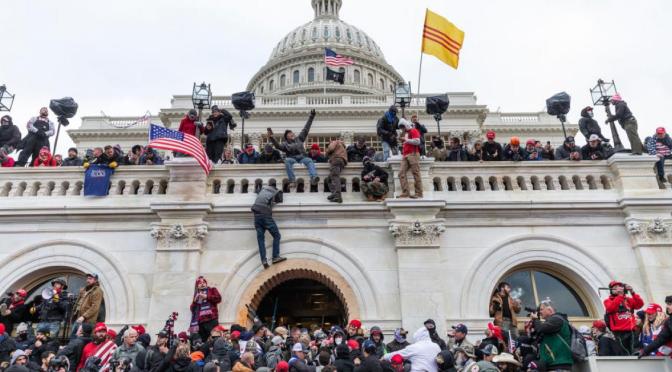 For the first time, a person has received an acquittal for involvement in the Jan. 6 Capitol breach.

McFadden said Martin’s assertion was “plausible” based on videos from that day. The judge, a Trump appointee, said prosecutors did not prove the case beyond a reasonable doubt.

“People were streaming by, and the officers made no attempt to stop the people,” McFadden said, Politico reported.

Prosecutors argued that Martin should have known he could not enter the Capitol after seeing broken windows and hearing an alarm, but McFadden countered that the crowd’s size and the police’s conduct undermined that argument.

Martin also became the first Jan. 6 defendant to testify in his own case, according to Politico. He said that he believed an officer waved him into the Capitol Rotunda that afternoon.

“I do think the defendant reasonably believed the officers allowed him into the Capitol,” McFadden said, Politico reported.

The judge stressed the officers were “grossly outnumbered” and he was not criticizing them.

“I think they acted responsibly and reasonably throughout,” McFadden said.

Martin “did not shout” when he went inside, the judge said. “He did not raise his flag.”

The case may set an important precedent for other Jan. 6 defendants, who are likely to use Martin’s argument in future cases.