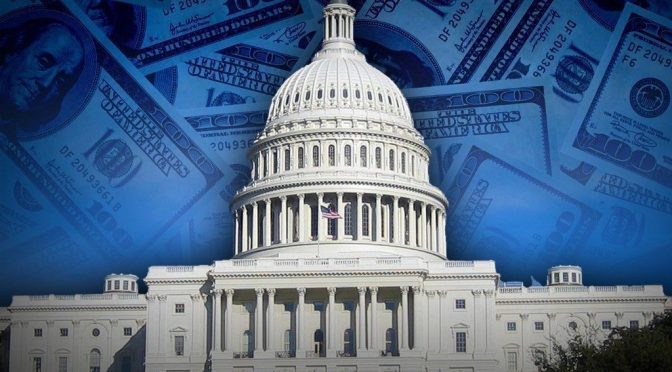 The White House on Wednesday formally asked Congress to vote on $10 billion in humanitarian, economic and security aid for Ukraine and Central European allies in response to Russia’s invasion of Ukraine, according to The Hill.

“Given the rapidly evolving situation in Ukraine, I anticipate that additional needs may arise over time,” wrote Office of Management and Budget acting director Shalinda Young in a Thursday letter to House Speaker Nancy Pelosi, adding that she also anticipates “additional funding will be needed to support the covid-19 response” as well.

The funding request includes assistance to bolster Ukraine’s defenses, as well as protect its electrical grid from disruption.

Originally, the Biden administration asked for $6.4 billion for Ukraine in order to boost programs at the State Department and Pentagon in response to the crisis. The figure quickly ballooned to $10 billion (or roughly one border wall) so the US can help train Ukraine’s military, provide food and humanitarian aid, and boost cybersecurity defenses, among other things.

The funding would also help enforce Biden’s recent actions against Russia – including $659 million for a task force to enforce sanctions on Russian oligarchs who have evaded them. $91 million would go to the Treasury Department’s Financial Crimes Enforcement Network (FinCEN), which can chase offshore companies and trusts.

According to Young, the funds should be authorized as part of an appropriations bill that Congress is expected to approve before a March 11 government funding deadline.

An additional $22.5 billion in COVID-19 relief funds was also requested.

Lawmakers have been scrambling to hammer out a widely sought and repeatedly delayed long-term deal to fund the government. While talks have progressed, disagreements remain, according to the Washington Post.

On Tuesday, Senate Minority Leader Mitch McConnell (R-Ky.) announced a “snag” in talks over Ukraine assistance, attacking Democrats for trying to source the money from sums they already planned to apportion for the Pentagon. A day later, dozens of Republicans questioned whether additional coronavirus aid is necessary, arguing that the Biden administration has not fully accounted for existing spending, including the $1.9 trillion package adopted last year. -WaPo

While lawmakers have eight days to finalize emergency spending measures and come up with a broader government deal, they can also buy themselves time with yet another stopgap.

Without the funds, Young warned of significant consequences – including a “constrained” Pentagon and several agencies which would be prevented from carrying out efforts to combat Covid-19 (faster than it’s already disappearing on its own?).

One thought on “White House Asks Congress For $10B In Ukraine Aid, $22.5 Billion In COVID Funds”