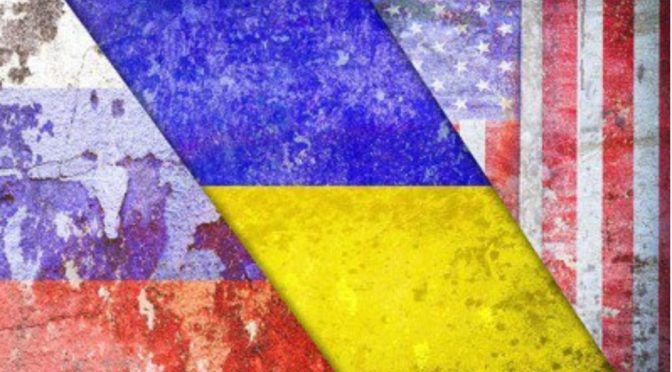 Another Sunday, and Biden’s national security adviser is at it again making the rounds on the big network news shows, warning the Russian invasion will invade Ukraine “any day now” – at this point a familiar refrain we’ve heard for multiple weeks running…

“We cannot perfectly predict the day, but we have now been saying for some time that we are in the window, and an invasion could begin, a major military action could begin by Russia in Ukraine any day now — that includes this coming week, before the end of the Olympics,” Jake Sullivan told CNN’s Jake Tapper.

This latest round of breathless White House proclamations and predictions of the Russians are coming! began in earnest Friday afternoon when the administration told reporters that Putin has made the decision to launch a large military offensive.

Multiple countries have now followed Washington’s lead in drawing down embassy and diplomatic staff from Ukraine to get people “out of harm’s way” – with the latest over the weekend being Australia. This is what the alarmism and panic emanating from the White House has wrought…

The prime minister, Scott Morrison, has ordered the evacuation of the Australian embassy in Kyiv, warning the situation in Ukraine has reached a dangerous stage.

Australia’s foreign affairs minister, Marise Payne, says the government has directed the departure of embassy staff to a temporary office in Lviv, with the buildup of Russian troops on the border.

“The situation is deteriorating and is reaching a very dangerous stage,” Morrison said on Sunday.

This is the latest in a growing list of countries withdrawing embassy personnel including Israel, the UK, the Netherlands, Latvia, Japan and South Korea.

But the all-important and central question that’s not being asked is once again: what’s the view from Kiev? What is the Ukrainian government’s reaction to the latest White House statements on the crisis? How about the President of Ukraine himself?

Kiev is not too happy, and is demanding proof from US intelligence backing the new dire allegations that Russia is poised to go in:

“There has been too much information about a full-scale war with Russia – even specific dates have been announced. We understand there are risks. If you have any additional information regarding the 100 percent guaranteed invasion of Ukraine by Russia on 16 February, please give it to us,” Volodymyr Zelensky told reporters on Saturday.

Naturally, Ukraine’s leaders are trying to calm the panic which Washington pronouncements and the Western media echo chamber have created…

And a fresh report from NBC News taken from the streets of Kiev suggests that many common Ukrainian citizens, too, can see through the hype:

Now, as the West warns a fresh attack is a “distinct possibility” as soon as next week, many in Kyiv aren’t convinced.

“I don’t believe that Russia is going to invade Kyiv. The situation is wound up from both sides,” Oleksandr Bovtach, 55, told NBC News. “The West and Putin are playing each other’s nerves.”

Although some are wary of an invasion, few are preparing for that possibility.

One thought on “In Surreal Plot Twist, Ukraine’s President Demands Proof From US Over Alarmist Russian Invasion Claims”