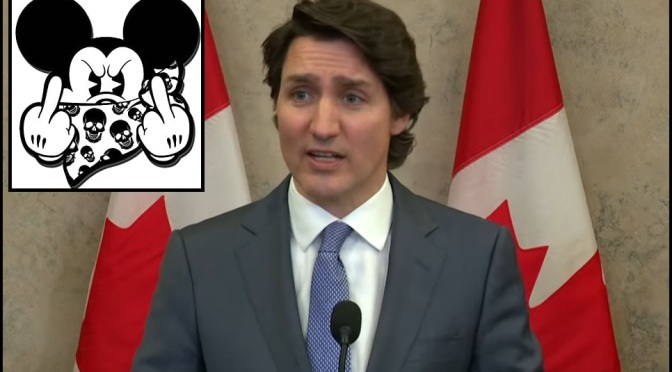 Canadian Prime Minister Justin Trudeau was asked today about the 50,000+ truckers and millions of supporters of the “Freedom Convoy” that is headed to Ottawa to protest the heavy-handed government COVID approach.

In true totalitarian fashion, the pontificating pustule of pompous promotion claimed the people protesting his position are a “fringe minority” of the Canadian people, holding “unacceptable views” against his regime.

This guy is almost as bad as Jacinda Ardern of New Zealand.  How a majority of Canadian people could possibly support this arrogant and condescending weasel simply shows just how pathetic the political opposition in Canada really is.

Put a solid, strong and articulate conservative up against these creeps and things might change.  However, that person needs to be able to look the uber-leftist media in the eye, speak with plain commonsense, and call them on their bulls**t.