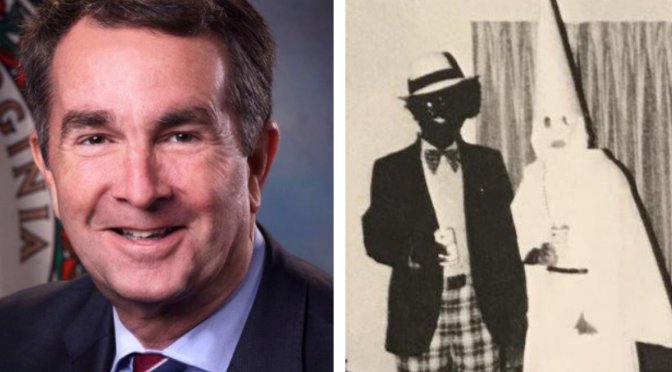 Governor Blackface-Klansman Ralph Northam pardoned a Democrat who was jailed for underage sex crimes in his final act as Virginia governor.

Northam pardoned Democrat state senator Joe Morrissey, who was charged for having a sexual relationship with his 17-year-old law firm receptionist.

Morrissey married his receptionist after she turned 18 and they now have four children.

Gov. Ralph Northam has pardoned Sen. Joe Morrissey, D-Richmond, for a misdemeanor count of contributing to the delinquency of a minor related to his relationship with a 17-year-old law firm assistant who later became his wife.

Morrissey, then a delegate, was convicted in 2014. He and his wife, Myrna, are now raising four children.

Morrissey said he learned of the pardon on Thursday. Northam granted him what’s called a simple pardon.

“To say that I was extremely pleased with what the governor did would be, perhaps for me, the understatement of the 2022 General Assembly session,” he said.

“Most importantly, my wife is grateful,” he said.

And although their young children don’t understand a pardon yet, they’ll be grateful someday for the governor’s action, Morrissey said.