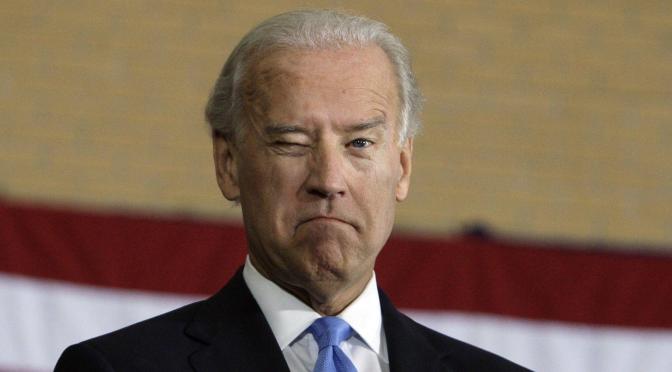 OPINION: This article contains commentary which reflects the author’s opinion

Democratic Nassau County Executive Laura Curran lost her seat in the red wave that swept across America in November and she’s sounding the alarm about what could happen next.

During an interview on Fox News’ “Watters World,” Curran warned that Joe Biden’s “weakness” could cost the part in the 2022 midterm elections.

Curran said she blamed her surprising loss on Washington elite politics and went on to trash Biden.

Curran said: “Unfortunately, my party, the Democratic Party, just conveys weakness right now. It almost feels like elder abuse with what’s going on with President Biden. He has a hard time putting a sentence together.

“I think everyone gets nervous listening to him talk, he’s going to mess up. What we need always, and especially now, is someone who exudes confidence and competence. Someone who sets a reassuring tone,” she said.

“And we’re not getting that at the top right now, and unfortunately, I think your previous guest, Karl Rove, is absolutely right. I think it’s going to be a bloodbath for the Democrats in the midterms,” she added.

“As a Democrat, I think it’s really important to have a strong, two-party system. I think it’s good for democracy. I don’t think it should be a one-party rule either way, but unfortunately, it seems like we’re giving the Republicans ammunition just to shoot us because we exude this weakness,” she continued.

“People want to be reassured that government is there for them, not telling them what to do, but making sure the roads are in good shape, making sure the sewage is properly run, making sure that public safety is where it should be. That’s what people are expecting. Unfortunately, my party is not delivering this right now,” she said.

Biden’s first year in office has been so tumultuous that a majority of his own voters don’t think he should run for re-election.

After a survey revealed that a majority of voters do not believe Biden will finish his first term in office, a new Yahoo News/YouGov poll found that only a small fraction of the Democrats want Biden to run again in 2024.

“Perhaps, as a result, just 38 percent of 2020 Biden voters say they want him to run for reelection. A full 30 percent say he should step aside. Those numbers are a little more favorable among Democrats as a whole: 43 percent and 28 percent, respectively. But they’re still fairly soft,” Yahoo reported.

A new poll reveals that a majority of voters do not believe Joe Biden will finish his first term in office.

According to a poll from Rasmussen Reports, 51% of voters don’t believe Biden will not finish his full four-year term.

Likely voters were asked: “How likely is it that Joe Biden will leave office and be replaced by Kamala Harris before the 2024 election?”

A new Rasmussen Reports national telephone and online survey finds that only 43% of Likely U.S. Voters think Harris is qualified to assume the duties of the presidency, including 29% who think she is Very Qualified. That’s down from April, when 49% said Harris was qualified to become president.

Now, 55% say Harris is not qualified to assume the duties of the presidency, including 47% who say she is Not At All Qualified.

An explosive new poll reveals that if the election was held today, Donald Trump would defeat Joe Biden.

The poll also found that 10% of Democrats said they regret their vote in the 2020 Presidential election.