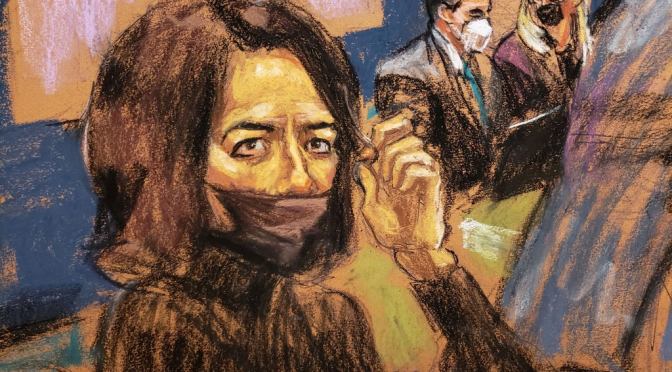 It is technically the third day of deliberations in the Ghislaine Maxwell trial, and until the jury reaches a decision the media will remain mostly in the dark with the exception of some minor details. There are, however, some newsworthy claims being flung around this week regarding the case.

The jury has so far sent several notes to U.S. District Judge Alison Nathan. To be sure, the notes do not reveal what the jurors are thinking, but they do provide a glimpse into some of the evidence they have been discussing since late Monday afternoon. Mostly, they seem to be pouring over the transcripts of the accuser’s testimonies.

Judging from the coverage we’ve done so far, it’s hard to gauge whether or not there is enough actual hard evidence. The most damning bit of information was the testimony of the accuser going by the pseudonym “Jane”, who claimed that Maxwell groped her bare chest at the age of 14, but the defense has tried to discredit all of the accusers so it basically comes down to allegations and a sort of “your word against mine” scenario that doesn’t typically hold up well in a court of law.

The Gateway Pundit put out a piece claiming that a verdict is “highly likely” to be reached today and that a “legal source connected with the case” claims that if Maxwell is found guilty of her charges, she plans to “start naming names” in order to try and secure a lesser sentence. They aren’t the only ones publishing this alleged insider’s claims, dozens of outlets have followed suit.

She has been charged with six felony counts related to child sex trafficking and faces a maximum of 70 years and potential suicide in a jail cell if convicted.

Up until now, Maxwell has remained silent and denied all involvement in Epstein’s sick crimes. Has the prospect of finally facing the music and seeing accountability finally enabled her to tell the truth? Or is this a veiled “I go down, you’re coming with me” threat towards the incredibly powerful elites who ran in Epstein’s circle?

It will be very curious to see what the jury decides.

For our part here at the Underground Newswire, we would urge our readers to expect a lackluster outcome no matter which way their deliberations go. If you are expecting mass arrests and explosive revelations, you are likely setting yourself up for disappointment.

That being said, God and/or the Universe work in mysterious ways, and we should never close ourselves off to possibilities. When it comes to hearsay and speculation, we are advocates of putting these ideas in a “for consideration pile” and not the “this is 100% fact pile”.

We will be issuing updates once a verdict has been reached.