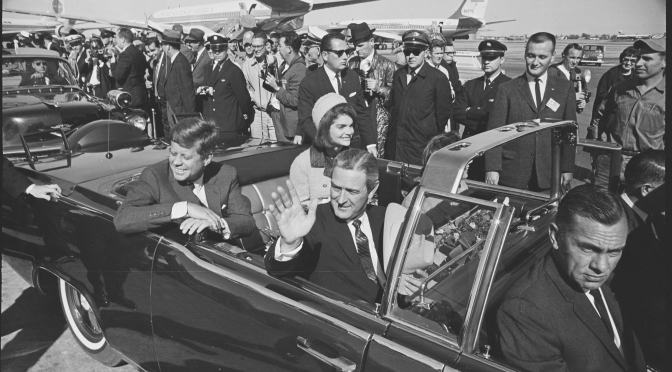 Nearly 1,500 previously classified documents about the assassination of President John F. Kennedy were unsealed on Wednesday by the National Archives, and the remaining files will be released in 2022.

Many files were heavily redacted and released in 2017 pursuant to the John F. Kennedy Assassination Records Collection Act of 1992. Since then, both Presidents Donald Trump and Joe Biden have delayed scheduled releases to allow federal agencies to review the documents.

Biden postponed the release of some JFK records, but ultimately created two deadlines: Wednesday, and Dec. 15, 2022.

“​​Postponement remains necessary to protect against an identifiable harm to the military defense, intelligence operations, law enforcement, or the conduct of foreign relations that is of such gravity that it outweighs the public interest in disclosure,” an October Biden memo states.

Federal agencies have until December 2022 to “conduct an intensive review” of more than 14,000 remaining classified documents “to ensure that the United States Government maximizes transparency, disclosing all information in records concerning the assassination, except when the strongest possible reasons counsel otherwise,” according to the memo.

More than 250,000 documents, or more than 90% of all JFK assassination records, have now been released. Many of the unreleased documents contain information from the Internal Revenue Service or Social Security Administration.

Some Kennedy researchers say they are underwhelmed by the information in the latest release. Many documents are duplicates or only reveal a few redacted words, such as a name or location that researchers had already figured out.

“The lack of transparency and the fact that getting these documents after 58 years is like pulling a whole mouthful of teeth — it tells you why we have so many conspiracy theories,” University of Virginia JFK researcher Larry Sabato said.

Former CIA officer David Priess told CNN that because many documents involve Cold War intelligence, there are some legitimate reasons to withhold the evidence. He also said that it is “unlikely” but “possible” a 1960’s CIA source could be alive and at risk if the records are disclosed.

“It could be that there’s a source out there who is still in power or still connected directly to someone that would be dangerous for today’s intelligence collection,” Priess said. “Now, you have to balance that against the historical interest and the compelling public interest here.”