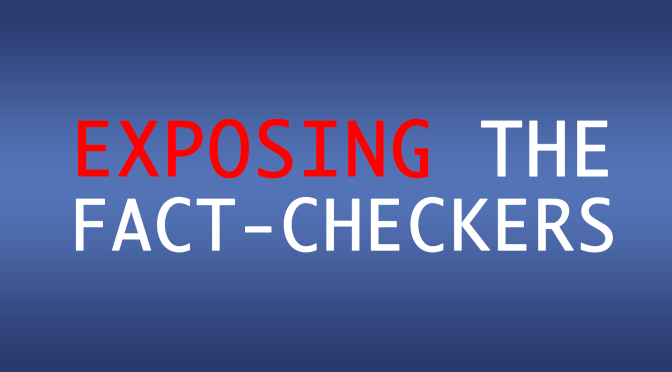 (Ryan DeLarme) We live in a world where an alarming number of people take “Independent” fact-checkers as absolute truth without looking beyond the often ill-explained or misleading explanations for marking certain things as “partly false” when they are in fact observably true.

The recent Gun Control efforts and subsequent debate have been a hot topic in America, and while this piece isn’t meant to be a commentary on that particular issue, we will be using the debate as a reference point for the purposes of this article.

Joe Biden, who maintains an armed security detail and is presumably in charge of one of the world’s largest armed forces, has signed 6 executive orders on “gun control” and has repeatedly made it very clear that he wants to come for guns owned by American citizens.

Tim Kennedy, a Green Beret and Special Forces Sniper, recently took to Facebook-owned Instagram to share what has historically happened across the globe when authoritarian governments have taken the people’s right to protect themselves. You can still view the video HERE, assuming you can access Instagram, and it’s also below.

In the 2 minute video, Kennedy outlines which countries have effectively taken weapons from their citizens and the ensuing death tolls that have occurred in those respective countries in the following years.

As per Tim Kennedy:

He covers all of this swiftly in 2 minutes, And if a person takes the time they will find the validity of the statement as well as several attempts to manipulate the truth by “reputable” sources. Instagram unsurprisingly attached the eye-catching, hypnotically suggestive red lettering indicating that Kennedy’s post contained “partly false” information.

For most, seeing this appear on a post is all that is required to toss out the information provided, relieving themselves of the dreaded effort it would take to verify. Others still will at least click the link to further increase their understanding, to which they will be provided the following no-so-detailed explanation:

So, despite it being an objective fact that government-sponsored murder and genocide tend to sharply increase after an authoritarian regime takes control of the population’s ability to defend themselves, there is no “direct link” between gun control these killings? Some would wonder what kind of “direct link” is required besides the fact that it has happened time and time again, what would this “direct link” even look like?

Just who are these fact-checkers anyway? They are supposedly independent yet their fact-checks always seem to go hand in glove with establishment politics and corporate trends.

You may have noticed a link saying “learn more” in the picture above, clicking this link leads you to a page dedicated to explaining how Instagram reduces the spread of “misinformation”.

How is Instagram addressing false information through third-party fact-checkers?

So these super-efficient third-party fact-checkers who seem to know the truth about events before the FBI can even begin an investigation should be trusted because they were certified by the Non-partisan International Fact-Checking Network.

Who exactly is the Non-partisan International Fact-Checking Network?

According to their own online publication:

A unit of the Poynter Institute dedicated to bringing together fact-checkers worldwide. The IFCN was launched in September 2015 to support a booming crop of fact-checking initiatives by promoting best practices and exchanges in this field.

The concept sounds great on paper, but in a world dominated by money, we have learned that altruism is even rarer than objectivity and nothing is free. If we are going to allow individuals to become the grand arbiters of truth then perhaps it is worthwhile to learn how this worldwide initiative gets its funding…

Let’s go over some of these names.

Charles Koch foundation. The enormity of the Koch fortune is no mystery. Brothers Charles and David are each worth more than $40 billion. The electoral influence of the Koch brothers is similarly well-chronicled. The Kochs are homegrown oligarchs; they’ve cornered the market on Republican (establishment, non-Trump Rhinos) politics and have nakedly attempted (likely succeded) to buy Congress and the White House. Koch touts only one top-line financial figure: $115 billion in annual revenue, as estimated by Forbes. By that metric, it is larger than IBM, Honda, or Hewlett-Packard and is one of America’s largest private companies.

The company’s troubled legal history – including a trail of congressional investigations, Department of Justice consent decrees, civil lawsuits and felony convictions – augmented by internal company documents, leaked State Department cables, Freedom of Information disclosures and company whistle­-blowers, combine to cast an unwelcome spotlight on the toxic empire whose profits have long financed the DC swamp creature republicans of the past and present.

The Democracy Fund. The democracy fund presents itself as “scrupulously bipartisan” though its giving suggests the group is another degree of separation between big money and the politicians they want to put in office.  The fund is chaired and principally funded by eBay founder and former chairman Pierre Omidyar, who has long endorsed career politicians on the left.

The Environmental Defense Fund. Since the EDF was founded in 1966, it has grown into a behemoth $150 million per year environmental action organization with twelve offices across the United States, and international offices in China, Europe, and Mexico. The Deep-State has long made a good racket with their climate change, climate crisis, and now climate emergency alarmism and neuro-linguistic programming, naturally this organization would want to maintain the narrative.

Facebook. There are about a million things one could say about why you should think carefully before trusting Facebook, but all that really needs to be said is two words: Cambridge Analytica, which sold user data to the highest bidder.

Foundation to Promote Open Society… George Soros, maybe you’ve heard of him? The man who assumed a non-Jewish identity during WWII helping the Nazis make inventories of the confiscated property of jews, largely believed to be a bagman for an international banking dynasty, and likely has total influence over the DNC. This is his organization.

The Gill Foundation was established in 1994 by Tim Gill. The foundation, based in Denver, Colorado, was created as a 501(c)(3) tax-exempt private foundation to support public policy efforts that promote equality for lesbian, gay, bisexual, and transgender (LGBT) people and economic opportunity in Colorado.  In the foundation’s 2015 Annual Report, its assets are listed at over $206 million, with a total of over $20 million in grants awarded to nonprofit organizations that year.

The list goes on but the point is made, these “independent” fact-checkers are traceably tools of the financial elite, the unelected leaders who rule from several degrees of separation over whichever candidate (typically funding whoever receives the nomination from both parties) ends up in the winner’s chair.

Take Google, for example, they are masters of the “degrees of separation” gambit. Joe Biden’s administration is heavily influenced by big-tech, he may have not been able to secure the presidency and convince half the country there was no voter fraud if it wasn’t for big-tech and their “independent Fact-checkers”.

Not everything promoted by this Fact-Checking network is false or slanted, only the things that affect their financier’s business and political agendas.

Certainly, they can and do play a very constructive role. There are so many lies swirling around that professional fact-checking seems to be a necessary public good.

While that might seem like a silly question, the objectivity of fact-checking websites has already been called into doubt and for good reason. For example, an in-depth analysis by Matt Shapiro at the Paradox Project revealed that PolitiFact (the site that famously uses “pants on fire” as one of its ratings) is biased in its fact-checking.

The analysis makes several different arguments, but one of the more compelling ones is that the articles that debunk Republicans are longer than those that debunk Democrats. Why? Well, it comes down to a bit of chicanery:

We’ve found that PolitiFact often rates statements that are largely true but come from a GOP sources [sic] as ‘mostly false’ by focusing on sentence alterations, simple mis-statements, fact-checking the wrong fact, and even taking a statement, rewording it, and fact-checking the re-worded statement instead of the original quoted statement.

Doing this takes time and many, many words.

Another popular website, Snopes (which got its start by debunking urban legends), bizarrely decided to debunk satire. Snopes appeared to be aiming the majority of its wrath toward one satire site, in particular, the Babylon Bee, which happens to be published by conservative Christians.

Can Something Really Be “Mostly True” or “Half True”?

Another problem with fact-checking is the rating system. Fact-checkers like PolitiFact often conclude that statements are true, mostly true, half-true, mostly false, or false. But is such a classification even possible? In other words, can something really be “mostly true” or “half true”?

The Babylon Bee captures this problem in a pretty funny headline:

If a politician said that the lost city of Atlantis has been discovered underneath Puget Sound, everybody would know he was lying. It’s entirely absurd. But if a politician makes a false claim within a context that is mostly true, people are much more likely to believe it. In other words, the most effective lies are “mostly true.”

Ultimately, fact-checking is a much more subjective enterprise than we would like it to be. Truth is real but sometimes difficult to ascertain, particularly when political ideologies and motivated reasoning are involved. To dodge these pitfalls, fact-checkers need to be keenly sensitive to such biases. Otherwise, fact-checkers can (and in some cases should) be seen as simply another manifestation of “fake news.”

One thought on “Follow The Money: Who Funds the Independent Fact-Checkers?”