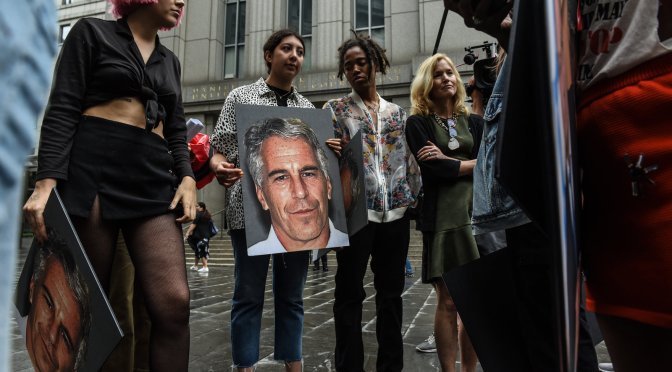 The world’s rich and famous traveled to and from Jeffrey Epstein’s island in the Atlantic for years.  Today the AG for the US Virgin Islands demanded the logs on all flights to and from the island for the past few decades.

The Mirror.co.uk is reporting tonight:

The Attorney General for the US Virgin Islands, where Epstein had a home, has demanded logs for his four helicopters and three planes, from 1998 to his suicide last year.

Logs for every flight made by Jeffrey Epstein’s aircraft over 21 years have been subpoenaed, “sparking panic” among his rich and famous pals.

The Attorney General for the US Virgin Islands, where Epstein had a home, has demanded logs for his four helicopters and three planes, from 1998 to his suicide last year.

As well as the passenger lists, Ms George is seeking any “complaints or reports of potentially suspicious conduct” and any personal notes the pilots made.

he subpoena demands the names and contact details of anyone who worked for the pilots or who “interacted with or observed” Jeffrey Epstein or any passengers associated with him.

It will be interesting to see who else comes up.