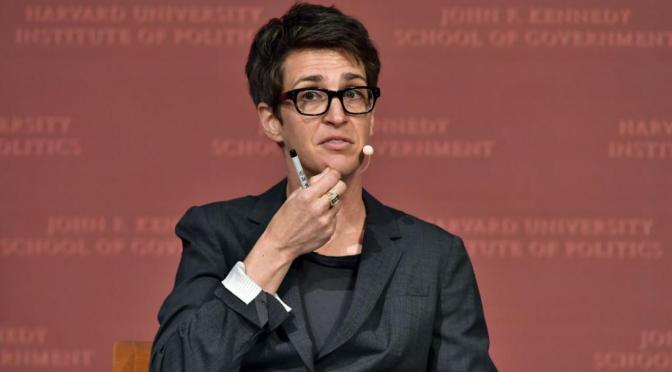 One of MSNBC’s most famous hosts is making predictions using a U.S. coronavirus death rate around 3%, an estimate that is as much as 10 times higher than most experts say.

Rachel Maddow on her eponymous MSNBC show on Thursday argued that pursuing a herd immunity strategy for COVID-19 in the United States would result in millions upon millions of deaths throughout the country.

To arrive at those numbers, Maddow took the number of confirmed COVID-19 infections in the U.S. (what she claimed was just over 6.6 million) and compared it to the number of recorded deaths from the virus (around 200,000), concluding that the death rate from the disease was 2.9% and that pursuing a herd immunity strategy countrywide would thus result in multiple millions of American deaths before the virus would burn out.

“That would be what [President Trump] is aiming for,” Maddow said.

Strictly speaking, Maddow’s math is correct, but the numbers she’s using to make those calculations are, at least by the measure of earlier expert analysis, wildly off-base.

It is true that the U.S. has recorded well over six million COVID-19 cases (the website Worldometers puts it at slightly more than Maddow’s 6.6 million estimation, at just under 7 million). Comparing the number of recorded U.S. deaths to those cases will get you Maddow’s high death rate of around 2.9%.

But simply counting the number of confirmed cases isn’t how virologists and public health officials calculate the total caseload of a pandemic disease. Rather, they use a variety of tools — including serology tests, hospital data and epidemiological projections — to estimate how widespread a pathogen actually is within a society.

For instance, that’s how the Centers for Disease Control and Prevention calculates the severity of influenza seasons in the country. “Because influenza surveillance does not capture all cases of flu that occur in the U.S., CDC provides [estimated] ranges to better reflect the larger burden of influenza,” the CDC says on its website.

Several estimates of total COVID numbers throughout the country have been put forth over the course of the pandemic in the U.S., with most of them falling more or less within the range of CDC Director Robert Redfield’s estimate in July that “for every case that’s reported, there actually are 10 other infections.”

It is unclear if Maddow is aware of those estimates. Applying Redfield’s figure to current confirmed U.S. coronavirus infections, that would put the United States at close to 70,000,000 infections since the pandemic began in this country. Assuming the death toll is roughly accurate, then the national death rate of the disease in the U.S. would hover around 0.28%, or roughly 10 times lower than Maddow’s claims.

Maddow stipulated that a minimum of 65% of the U.S., or about 215,000,000 citizens, would likely need to contract the disease for herd immunity to kick in. Applying an 0.28% death rate to that number of infections still produces a shockingly high number — a little over 600,000 deaths.

Yet that estimate also fails to account for the belief among some scientists that a majority of the population may have some degree of preexisting immunity to COVID-19, meaning much less than 65% of the population might have to become infected by the coronavirus before the disease begins to burn out.

The true number of infections of COVID-19 throughout the United States may never be known; we also cannot yet say how much of the population is at least partially immune to the virus.

But Maddow’s approach to epidemiological analysis — in which she implicitly assumes that a disease’s spread is fully captured by merely the number of confirmed cases of it — is significantly divergent from that which is practiced by epidemiologists and other public health authorities.

Daniel Payne is a writer and editor based in Virginia. He graduated with honors from Virginia Commonwealth University, where he was an English major. He is an assistant editor at The College Fix, a daily news website that trains young college students in the craft of journalism.