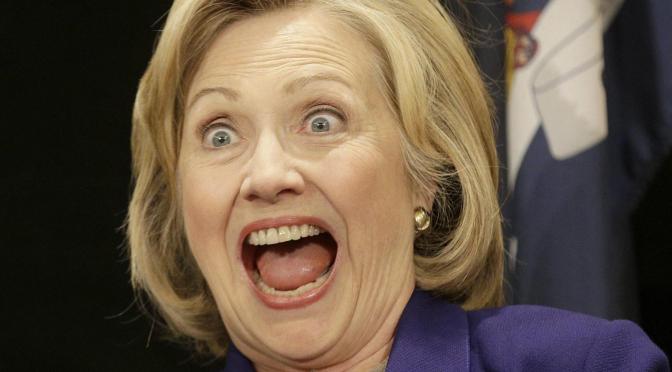 A three-judge federal appeals court panel on Friday overturned an order for Hillary Clinton to sit for a deposition over her use of a private email server for government work while she was secretary of state from 2009 to 2013.

The order reverses a lower court decision that had granted conservative watchdog group Judicial Watch a request to depose Clinton and her former Chief of Staff Cheryl Mills over the emails.

The case comes from an ongoing Freedom of Information Act (FOIA) lawsuit that Judicial Watch filed against the U.S. Department of State back in 2014 (pdf), initially seeking emails related to the 2012 terrorist attack on the U.S. consulate in Benghazi, Libya, which killed four Americans.

This original FOIA lawsuit expanded when Judicial Watch learned in March 2015 that Clinton had used a private email server for government work during her 4 years at the State Department.

Washington District Court Judge Royce Lamberth, who was assigned the FOIA case in 2014, subsequently ordered a discovery plan in December 2018 to investigate whether Clinton had intentionally used a private email server to evade FOIA; whether the State Department’s attempts to settle the case in late 2014 and early 2015 “amounted to bad faith;” and whether the State Department adequately searched for records in response to Judicial Watch’s initial request.

Lamberth, an appointee of former President Ronald Reagan, on March 2 ordered (pdf) Clinton and Mills to sit for depositions as part of another round of discovery. The scope of Clinton’s depositions would be limited to seeking why she used a private server, and what her understanding of the State Department’s records-management obligations were. Questions over the Benghazi attack would be limited to Clinton and Mills’ knowledge of the existence of any emails, documents, or text messages related to the attack.

Clinton and Mills subsequently filed petitions to the D.C. Circuit Court of Appeals on March 13 seeking to block the ordered depositions. The circuit judges on Friday unanimously granted Clinton’s request but denied Mills’s. The appeals court panel noted that Mills had other ways to appeal her deposition that were not available to Clinton.

The appeals court also accused the district court of an “abuse of discretion” in ordering the discovery.

“The mere suspicion of bad faith on the part of the government cannot be used as a dragnet to authorize voluminous discovery that is irrelevant to the remaining issues in a case,” Judge Robert Wilkins, an appointee of former President Barack Obama, wrote in the decision. Judges Cornelia Pillard, another Obama appointee, and Thomas Griffith, who was appointed by former President George W. Bush, joined in the decision.

Wilkins also wrote that Clinton “has already answered interrogatories from Judicial Watch on these very questions” in a separate FOIA case between Judicial Watch and the State Department, overseen by District Court Judge Emmet Sullivan, an appointee of former President Bill Clinton. In that case, Clinton provided written responses and explained that “the sole reason she used the private account was for convenience,” Wilkins wrote.

Judicial Watch President Tom Fitton said in a statement that the organization was “disappointed” by the appeals court’s decision and is considering its next steps. In a separate statement, he characterized the decision as “political” and said that it is “contrary to longstanding precedent and undermines the Freedom of Information Act.”

Clinton’s attorney David Kendall, when asked to comment on the ruling, told media outlets in an email, “The Court’s opinion speaks for itself.”

The FBI in July 2016 had recommended against criminal charges against Clinton following its investigation into her use of a private email server. Then-FBI Director James Comey said that Clinton and her colleagues were “extremely careless in their handling of very sensitive, highly classified information.”

The Department of Justice Office of Inspector General (OIG) reviewed the FBI’s Clinton email probe and concluded in June 2018 that there was no evidence of political bias found, but noted in its report (pdf) that the pro-Clinton and anti-Trump bias expressed by FBI officials who conducted the inquiry “cast a cloud” over the credibility of the investigation.

The State Department in 2019 finished its investigation into Clinton’s use of a private email server, and said it found nearly 600 security violations, but could not find “persuasive evidence” of “systemic, deliberate mishandling of classified information.”