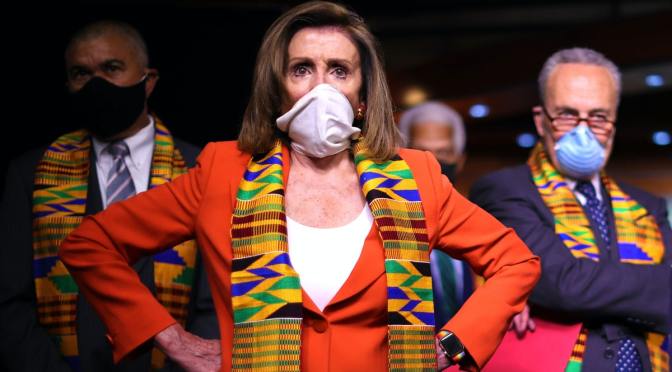 It’s difficult to know when to take Laurence Tribe seriously.

Yes, the notoriously left-leaning Harvard law professor is one of our nation’s foremost constitutional scholars. You might not agree with him, but he’s been both massively prolific and influential in his work.

For better or ill, Tribe was the legal mentor of Barack Obama. He helped kill Robert Bork’s nomination to the Supreme Court through his testimony before the Senate Judiciary Committee. He’s argued a not-insignificant number of cases before the high court. Conservatives may loathe him, but he’s one of the most important legal minds of the past century.

He’s also a man who’s come undone in the age of Donald Trump, using his Twitter account to spread misinformation about the president when he isn’t coming up with his own:

This is like watching the final years of Sir Arthur Conan Doyle, when he became obsessed with the paranormal and convinced that fairies existed and had been captured on camera. The difference is that Doyle wrote “The Hound of the Baskervilles” and not “American Constitutional Law,” and he wasn’t being invited on MSNBC to talk about the existence of the fairies. (To be fair, that might have been a bit anachronistic.)

Thus, if you heard the situation Tribe described on Joy Reid’s MSNBC show on Friday regarding what would happen if no presidential winner were declared by Jan. 20, 2021, due to delays or mail-in ballot difficulties —  that House Speaker Nancy Pelosi would take office as the next president — you were probably wondering whether this was Tribe speaking as a constitutional scholar or as a man who could use a nice, long rest.

The answer: It’s not as bonkers as you think, but the situation also isn’t as well-thought-out as you would expect from one of our top constitutional scholars.

“There is a procedure — it’s a very elaborate procedure — in every state for resolving disputes by the date of the so-called safe harbor on Dec. 8,” Tribe said.

“So, really, all of the efforts that Trump is making to both pretend that he can extend the date of the election, which everyone understands he can’t do that. That date is set at Nov. 3 by act of Congress. All of that is designed simply to cast doubt in the way that [Russian President Vladimir] Putin wants to, and the way that [former Trump adviser Steve] Bannon has tried to do from time to time on the ability of our system to work,” he said.

As for the part about extending the date of the election, Tribe is accurate — and everyone understands, by this point, that the election isn’t being postponed.

The question is what happens if the states haven’t decided winners by the inauguration date.

As for Putin and Bannon, this is Tribe we’re dealing with. There’s always something lurking behind the Trump presidency.

“They’re trying to make it look chaotic, but there’s a fail-safe mechanism built into the Constitution itself,” Tribe said.

“That is no matter how much dust he throws into the gears, at high noon on Jan. 20, 2021, if there has not been a new president elected, at that point, Nancy Pelosi, speaker of the House, becomes president of the United States.

“And all of these enablers … at that point would risk committing federal felonies if they were to exercise power which they no longer have because Trump would no longer be president,” he said.

Tribe went on to emphasize that “the default solution in our system is President Nancy Pelosi.”

“You have made, I think, a lot of people’s nights, Laurence Tribe,” Reid said, grinning. “President Pelosi, hmm.”

So, is Tribe right?

The answer reveals the problem with national mail-in voting: maybe, sort of, we don’t know.

First, in terms of Pelosi becoming president in the event of a delayed election: For once, Snopes’ rundown on the matter is pretty accurate. Trump would have to leave office on Jan. 20 — but Pelosi would have to leave earlier, on Jan. 3, as would all 435 members of the House.

Thus, the president would be the president pro-tempore of the Senate, next in line for the office. There would be 65 senators left sitting, a majority of them Democrats. They would likely select a Democrat to fill the Oval Office until the election was held. Of course, as WUSA-TV’s set of constitutional scholars pointed out, state governors could potentially fill those Senate seats.

That’s not going to happen, though, so the question is whether Pelosi would become the president if there were troubles counting mail-in ballots.

The answer, in that case, is a shrug emoji. We don’t know how and when congressional races will be decided. Two Democratic Party primaries for House seats in New York City alone are still being decided — and they took place on June 26.

It should give us some of the frightening prospects that an election conducted by national mail-in voting might produce.

That still doesn’t mean we might be opening Pandora’s Box.