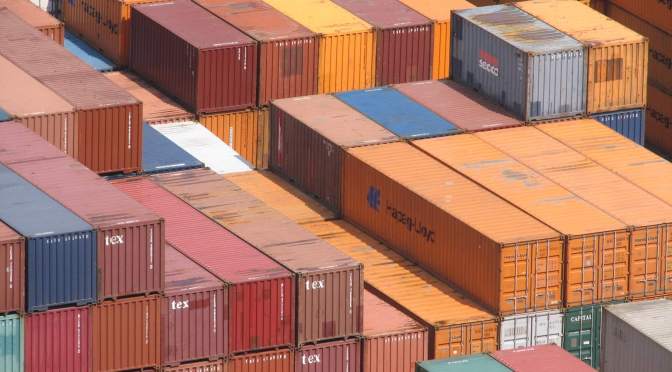 [EDITORS NOTE: We are still in the process of making sure this all checks out, sharing because there are a few points of interest in this article worth NOTING. Do your own due diligence before spreading this further (that doesn’t mean stop seeking after the first page of google search results, always be sure to skip past MSDNC and Heavy)]

EVIDENCE: Ghislaine Maxwell’s secret ‘husband’ is human trafficking with cargo ships using technology at a scale never-before-seen in the history of mankind.

“Scott Borgerson, the CEO of a maritime analytics company, is back in the news for his ties to Jeffrey Epstein’s inner circle,” Business Insider reported.

On March 14, 2020 CargoMetrics published the following:

CargoMetrics is monetising its vast dataset via three business strategies: a hedge fund, a commercial management optimisation business, and eventually, a sale of access to the database to subscribing customers.

“What I’m trying to build is the ‘NSA of global trade’,” he said, referring to America’s information intelligence agency, the National Security Agency. “We have a real-time digital map of the global economy. But more importantly, we have a data archive. More than the patent and the first-mover advantage and the dozens of rocket scientists [on staff], this is the biggest barrier to entry [for a competitor]. We save all the data we receive. We have hundreds of billions of historical records in a searchable database. Think of it as a Google search for trade – except it’s secret.”

The Pentagon Pedophile Task Force (working under Joint Special Operations Command) discovered actionable evidence (turned over to the Department of Defense) that showed the coordination of world-wide human trafficking has been expanded to a massive database that includes every conceivable factor of a human life (e.g. bloodline, DNA, genetics) including medical records.

For instance/example – the pregnancy of an expecting mother is tracked, and her baby (and or any other children she has) can be acquired (kidnapped) by the corporate apparatus (State licensed CPS; State licensed police; State licensed [privatized] [family] courts; State licensed hospitals; etc)  in place to obtain children for trafficking.

The Pentagon Pedophile Task Force has evidence humans are being transported on/in cargo ships and barges.

The database used to track/target/victimize/traffic the population is linked to OBAMACARE.

President Trump issued Executive Orders wherein he ordered the trafficking operations to be shut down. The DOJ, Department of Defense, and other federal agencies have engaged the enemy and are shutting down the operations.