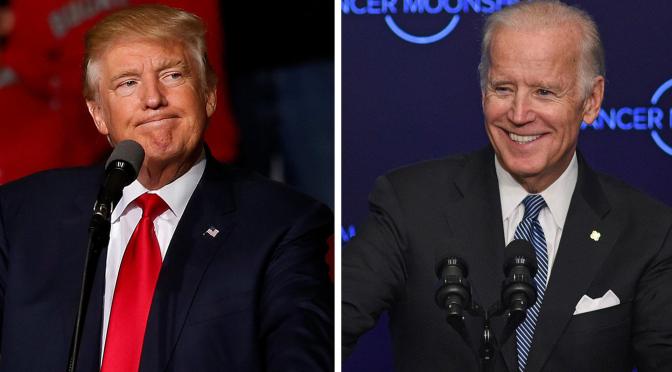 President Donald Trump also benefitted from such contributions, counting more than $1.5 million, according to a July 23 analysis of Small Business Administration (SBA) and federal campaign finance data by opensecrets.org.

“Vital Pharmaceuticals, the company behind Bang Energy drink, got a PPP loan worth at least $5 million in early April as the program doled out its first batch of loans. Last year the company gave $250,000 in corporate money to Trump’s preferred super PAC, America First Action,” opensecrets.org said.

“Biden is boosted by Morgan & Morgan, a Florida personal injury law firm whose employees gave $437,000 to his campaign. The firm’s founder hosted an extravagant fundraiser for the former vice president during the early days of his White House bid,” opensecrets.org said.

“Morgan & Morgan, which says it employs more than 500 experienced lawyers, pulled in several PPP loans meant for struggling small businesses. Its Tampa location received a loan worth at least $5 million while its Fort Myers and Jacksonville locations each received loans worth at least $2 million,” the opensecrets.org analysis reported.

Two other trial lawyer firms that got PPP loans and provided large contributions to Democrats were singled out by the opensecrets.org analysis.

“Top lawyers at another Texas-based firm, Baron & Budd, held a fundraiser for Biden last year, and the company’s employees gave $250,000 to Democrats. It received a loan worth at least $2 million,” according to the analysis.

“Another PPP loan of at least $350,000 went to New York personal injury law firm Kramer Dillof Livingston & Moore. Late last year, the firm gave $100,000 from its corporate reserves to Unite the Country, the only super PAC supporting Biden’s presidential bid at the time,” the analysis said.

The big contributions by such firms highlight the fact that congressional Democrats are battling Republicans who seek increased personal liability protections for medical professionals and workers caring for victims of the CCP Virus, also known as the novel coronavirus.

Senate Republicans insist such protection must be included in the new economic recovery bill being negotiated this week on Capitol Hill, but Democrats warn that such a provision would be a deal-killer.

Despite Trump receiving less than Biden from the firms getting PPP money, Republican campaign committees got multiple millions of dollars from individuals linked to those businesses.

Other notable contributions spotlighted by the opensecrets.org analysis included money going to groups backing candidates and causes of both major political parties.

“The Center for Popular Democracy contributed $113,000 in nonprofit funds to New Florida Majority, a PAC that supported Sen. Elizabeth Warren (D-Mass.) in the Democratic primary,” the analysis said.

The $670 billion PPP program was a Trump initiative for helping Main Street businesses retain as many employees on their payrolls as possible during the national lockdown that began in mid-March and continues today at varying degrees of intensity around the country.

“While many small businesses waited on loans during the program’s rollout, larger companies with access to big banks got loans first,” opensecrets.org said.