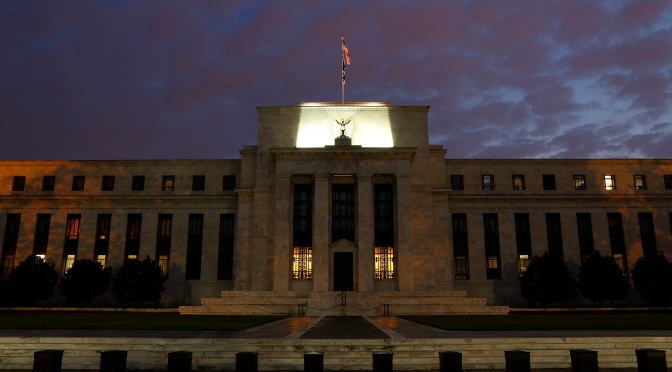 We are still in the midst of this Pandemic situation, and while  it is certainly true that people are sick and the virus is very real, most would agree that we are being sold fractions of truth packaged nicely with whatever agenda and spin the source happens to be promoting. The information war continues, a hefty percentage of the population are living in fear, others are making the best of it despite their uncertainty, and some can even see a light at the end of the tunnel.

President Trump is in a great position thanks to the National Emergencies Act, which was signed by every state and territory. As a direct result of this the “white-hats” in the Government were able to achieve several important objectives, primarily: the Nationalization of the Federal Reserve, and getting the Defense Production Act signed.

Our current debt-based monetary system will inevitably lead to a complete and total economic collapse.  We desperately need to make a change while we still can. By now, everyone should understand that the Federal Reserve is not part of the government but privately owned control mechanism for the central banking system and it’s cartels. Almost every country has one (central bank) and they are wonderful tools for controlling Governments. Here are some reason why the FED being Nationalized could be a good thing:

And now we are here today, Trump has actually done it, further proving that he is probably not a lackey of the central banking mafia.  A lot of people out there think the worst, that we will go into a crazy economic recession but it’s scare tactics and more than likely the opposite will occur.

Many individuals throughout history have proposed to seize the functions of the Federal Reserve System and use it as a national bank to finance the long-term needs of the American people. The policy of federal lending, as distinct from federal spending, can be used to break the current political impasse. Federal lending allows us to make massive long-term commitments at modest short-term costs. For states and businesses, the cost of capital can be radically lowered – down to 0% for public infrastructure, and a competitive advantage of the United States in world markets can be secured. The overriding goal is the creation of 30+ million new jobs in production, with high capital investment, high energy intensity, high value added, and high technology.

The theoretical basis and historical validation for the program advanced here is the traditional American System of Alexander Hamilton, Friedrich List, Henry Carey, Henry Clay, Abraham Lincoln, the populists, and the New Deal. The method of transforming the central bank into a national bank to finance a recovery derives from the work of Woytinsky and Lautenbach, interpreted in the light of the experience of the US Lend-Lease Program. We are seeing what once felt like an unachievable fairy tale unfold in modern times, and most people seem to be completely in the dark as to how important and unprecedented this situation really is.